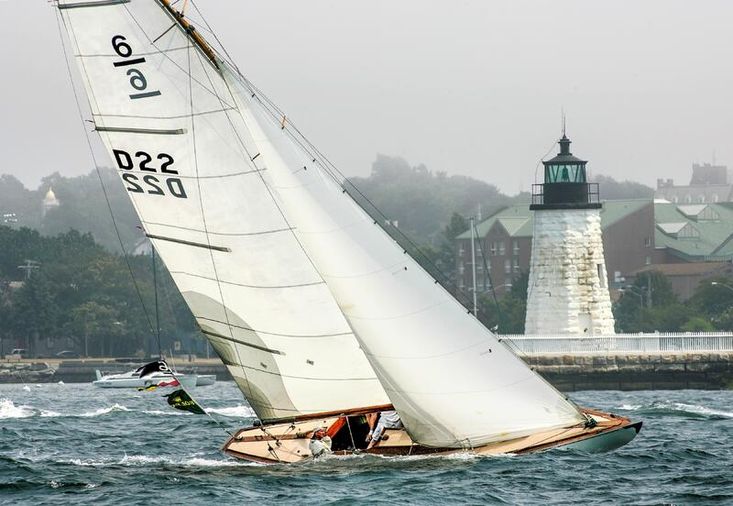 Clarity is a William Fife designed 6 Metre, built by Thornycroft & Co based in Copenhagen. Design number 722, Clarity (launched as Bonzo) was one of four sisters designed by William Fife. She was built to take part in the 1924 Olympic Games in Le Havre, France where she won a Silver.

Like many of the early 6 Metres Clarity took part in the Scandinavian Gold Cup in 1926 and shortly after was sold to a Mr Jens Jespersen who was a Master Cabinetmaker in Copenhagen. During his ownership Jen designed and built her current cabin top. Clarity stayed with throughout the 1930s and into the 40s.

By 1950 Clarity appeared in the States where her history is unknown until she was found in Maine, US in the 1980s by her current, long-standing owners. At that time, Clarity was still very much sailing in her original format from 1924 with original equipment, and the new owner went about lightly restoring her. It was during the summer of 1983 that Clarity was on her way to Newport Rhode Island on a trailer and sustained damage from a strap coming loose and breaking several frames and cracking a few planks.

While the owners worked on other projects Clarity sat in the shop waiting to be repaired and it was 15 years before she would see the water again. With the help of MPG Restorations, Clarity was back on the water in 1997 and spent two wonderful seasons sailing. It was towards the end of 1998 that Clarity was subject to a near disaster when, on starboard during the Newport Classic Regatta, a Concordia Yawl on port take hit her and nearly sank Clarity.

It was in 2000 that Clarity finished her third restoration and has enjoyed sailing in Newport with her owners for the past 18 years, they have been caretakers of Clarity for 42 years.

After spending the past 4 years safely stored in a shed and still in her original trim, this 6 Metre is a time capsule and what can only be described as proper vintage yacht. The current owners are looking for a dedicated purchaser who will continue to preserve Clarity.

Boats for sale
by continent

Boats for sale
by country